Overview of the 24 TV Series

This is the type of TV show that most private detectives love. The 24 TV Series is an American serial action and police drama television series. The television series is Broadcast by the Fox television network in the United States and is syndicated worldwide. The TV show first aired on November 6, 2001, with an initial 13 episodes (the next 11 episodes were ordered later).

The 24 television series is the second longest-running espionage series in television history, behind only the original Mission: Impossible series based on the number of episodes and The Avengers (not the Marvel comic series) based on the longevity of broadcast.

The 24 TV show is broadcast in real-time, with each season depicting a 24-hour period in the life of Jack Bauer (played by Kiefer Sutherland), who works with the United States government as it fights fictitious terrorist threats to the United States. Bauer is often in the field for the Los Angeles Counter Terrorist Unit as it tries to safeguard the nation from terrorist threats.

The show also follows the actions of other counter-terrorism agents, government officials, and terrorists associated with the plot. The first six seasons of the show were all based in Los Angeles and nearby locations, both real and fictional, in California. Occasionally other locations have been featured as well – most notably, in Washington, D.C., where a portion of the episodes took place during the fourth and sixth seasons. Departing from tradition, the seventh season is set primarily in Washington, D.C.

The action and drama 24 TV series is widely praised by critics and received many nominations, awards, and very high ratings from viewers. The series was nominated for 68 Emmy Awards and won 20 times. In terms of ratings, the series received 4 to 5 stars for each season on Amazon Video, a rating of 8.4 out of 10 stars on IMDB, and a 9 out of 10 ratings on TV.com. In addition, it is rated 88% on Rotten Tomatoes, and 81% of Google Users like the show.

The series ran for nine seasons with a total of 204 episodes. Each episode was 43 minutes long. The entire series is available to watch online at Amazon Video.

Season One (2001) – The first season of the 24 television series on DVD starring Kiefer Sutherland.  The first season marks the start of one of the most popular TV series of all time. Start here to learn about the original characters, how the show works, and the fast-paced action you can expect from every episode.

Season Two on DVD (2003) – The excitement and drama continue in the second season.

Season 4 (Slim Pack) on DVD (2001) – Season four is considered to be one of the best seasons. The 7-disc set includes an extra that provides a bridge between the fourth and fifth seasons.

Season Six on DVD (2007) – The seven-disc set includes all of the one-hour episodes and has hours of special features, including an exclusive preview of the seventh season.

Watch or buy these and other episodes, books, and movie merchandise at Amazon.com.

If you have any questions about the 24 TV series, please post a message below. Also, view our list of the Best Crime TV Series. 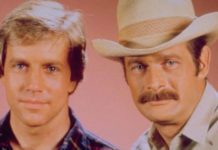 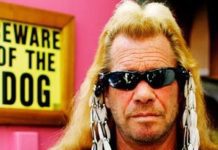 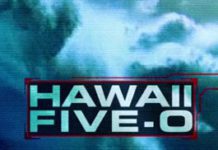