In today’s technologically savvy age of the smartphone, almost anyone can record and share live video footage of events in real time. The question of on-duty police officers using body-mounted cameras to capture incidents as they unfold continues to be the subject of intense debate. Using police body cameras is still in the initial stages of evaluation and study. However, the equipment is quickly becoming standard in police departments across the United States.

A growing number of state and county legislative departments across the United States have debated the pros and cons of using police body cameras and whether they should become part of the standard law enforcement officer’s uniform.

As an example, a police department in Rialto, California, has been wearing body-mounted cameras for several years now. The equipment can record everything that happens between cops and citizens. During the first year of use, the use of force by police officers reportedly declined by 60%, and complaints from citizens against law enforcement officers decreased by 88%.

Here is a closer look at the positives and negatives of on-duty police officers wearing cameras to record interactions during their daily line of work.

The cameras are tiny portable devices easily mounted on sunglasses, clipped to hats or helmets, or attached to uniform collars or lapels. The recording device’s base is wired, attached to the officer’s uniform, and concealed in a pocket.

Officers must wear the cams throughout their shifts. The batteries last for approximately 12 ½ hours. The devices can record high-quality video, even in situations with low light or complete darkness, such as in interior spaces or at night.

Following is a list of the advantages for both cops and citizens:

Pros and Cons, Concerns About Use

Following is a partial list of the cons, disadvantages, concerns, and arguments against using body cameras:

After looking at both the advantages and disadvantages, it is apparent that the pros of using the devices outweigh the cons. Given the recent officer-involved shootings and brutality in Ferguson, Missouri, South Carolina, Florida, Baltimore, and Maryland, we will likely see departments continue to adopt their use. The issue of whether police officers should wear body cameras is the subject of ongoing debate. Discussion by public officials, city governments, and even members of Congress continues.

On a per-device basis, costs range from a low end of about $100 for basic models to a high of around $1000 per unit. The difference in overall cost depends on features, options, quality, and manufacturer.

However, the total cost may be as much as $1,200 per unit when additional maintenance, data storage, and retrieval costs are considered. We expect these costs to decrease considerably over the next few years as the technology improves and new suppliers enter the market. The emergence of new suppliers will also bring forth new features, such as live-streaming cams.

Where to Buy the Equipment (examples only, not an official or complete list)

If you need to buy equipment, there are several manufacturers and distributors. Following is a sample list of providers:

Amazon.com – Amazon.com offers an extensive collection of body cams and is probably the most accessible place to buy from. However, they are not an official supplier to police departments. Check out Amazon’s selection. Prices range from $100 to $400.

CopsPlus.com – CopsPlus.com offers the PFB1000 1080p Prima Facie 32 GB Body Camera. This unit clips directly onto the officer’s uniform and allows them to record footage in high-definition. This device offers 32MB of memory storage. When we last checked, these ran about $730 per unit.

OfficerStore.com – The Office Store offers an extensive library of products for law enforcement. They have a wide selection of body-worn cameras and all necessary accessories. Plus, they have batteries, chargers, protective lenses, cables, docking stations, mounting equipment, software, and more.

TASER® International Inc. – TASER is one of the largest video equipment providers and stun guns to law enforcement divisions in America. They provide a wide range of video devices from $400 to $700 each.

Following are some of the features you’ll find on the most popular police body cameras:

Related: Read how cops use Police Drones to conduct aerial surveillance and photography. 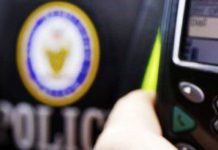