These CIA books provide information such as the intelligence agency’s history, including how it was formed and the original structure. An explanation of how the agency approaches intelligence gathering and conducts espionage.

In addition, they explain where to find declassified documents from the intelligence agency. And how to obtain world fact books that provide detailed data on every country.

Also, if you’re interested in pursuing a career in any of the intelligence agencies, many of these books provide helpful advice on how to find a job.

The World Factbook is a country-by-country guide to the world which provides detailed information on the world’s nations regarding the population, political environment, economy, military capability, and more.

In addition, the book provides maps, key statistics, demographics, and diseases. The factbook is an excellent resource for private investigators who travel and work internationally. The printed version is no longer published.

Inside the CIA: Revealing the Secrets of the World’s Most Powerful Spy Agency

The author who wrote this book, Kessler, is the first journalist to receive full cooperation from the Central Intelligence Agency. Inside the CIA reveals inside information about the agency’s structure, policies, and key personnel. The writer clearly defines the missions of the agency’s five components, including the director and the directorates of operations, science and technology, intelligence, and administration.

The American Agent: My Life in the CIA

Dick Holm joined the Central Intelligence Agency in the 1960s and eventually went on to become the agency’s Bureau Chief in Paris, France. During his tenure in the intelligence agency, he worked in Vietnam, Hong Kong, and on many international anti-terrorism operations worldwide. He served under thirteen different directors. As a result, he has a thorough knowledge of how the department is structured and how it works from an insider’s perspective.

In this book, The American Agent: My Life in the CIA, he looks into his career and reveals what it is like to work inside the agency.

The CIA at War: Inside the Secret Campaign Against Terror

Written by an investigative journalist, this insightful book gives an inside look at the history of the agency, its problems, and its accomplishments. The book’s content is based on personal interviews with intelligence officials and agents from both the past and present.

This book contains a group of declassified essays that were initially written for distribution within the department. The essays were compiled from interviews with agents and provided an authentic inside look at the history of the agency, insight into secret operations, and practical how-to advice.

Buy these and other books at Amazon.com or other Private Detective Books.

Private Investigator Books February 27, 2022 0
One of the many talents of a private investigator is interviewing witnesses and suspects to gather facts and information...

Private Investigator Books February 21, 2022 0
In this article, I'll provide a brief overview of surveillance and list some of the most popular surveillance books....

Private Investigator Books February 28, 2022 1
What is a Collection Agency? A collection agency is a business that attempts to collect financial payments on debts owed... 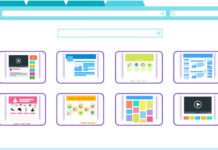 Private Investigator Books February 27, 2022 0
Learn How to Become an Expert at Searching for, and Finding, Information Online The internet, and especially the search engine,...