Tom Clancy is a best-selling American novelist who is well-known for writing thrilling espionage, spy, and military science novels. This article provides a list of the best Tom Clancy books. In addition, we offer a brief overview of Threat Vector.

Following is a list of the Jack Ryan and John Clark book series, probably the most popular Tom Clancy Books and series. The list includes the book’s name and the year of publication.

All Tom Clancy books, including fiction and non-fiction novels, are available for sale online at Amazon.com. In addition, many of the popular series on the list are available as audiobooks through Audible.com and other audio streaming services.

Following is a list of books in the Op-Center series:

Following is a list of books in the Power Play series:

Following is a list of the books in the Net Force series:

Following is a list of the books in the Net Force Explorers series:

Following is a list of the books in the Splinter Cell series:

Following is a list of the other fiction and non-fiction books published by this author:

Overview of the Book Threat Vector

Following is a brief synopsis of a popular Tom Clancy Book, Threat Vector. Jack Ryan, the well-known character from Tom Clancy novels and movies, just moved back into the oval office, and he is immediately dealing with a new international threat. An aborted coup in the People’s Republic of China left the current President, Wei Zhen Lin, with no choice but to agree with the policies of General Su Ke Qiang. As a result, they declared the South China Sea a protectorate, and now they are planning to invade Taiwan.

The Ryan administration is determined to stop China’s ambitions, but the stakes are dangerously high. The Chinese have a new line of powerful anti-ship missiles threatening the United States Navy’s plans to protect Taiwan. Meanwhile, devious Chinese cyberwarfare experts have launched a devastating cyberattack on American infrastructure. Just like real-life, cyber warfare is the modern combat arena, and it’s just as deadly as any other.

Jack Ryan, Jr. and his associates at the campus may be just the wild card his father needs to combat the threat. There’s just one problem: someone knows about the secret intelligence agency and threatens to blow their cover.

Like other Tom Clancy books written by the best-selling author, this one is a real page-turner. As if it was taken straight from the pages of today’s headlines, the plot lines twist and turn and offer thrills around every corner. You’ll love this latest book if you love international intrigue, real-life situations, and advanced technological warfare. We feel this one will make its way into a screenplay and eventually onto the big screen.

Reviews of the Book Threat Vector

About the Authors, Tom Clancy and Mark Greaney

Tom Clancy is one of the world’s most famous writers of international thrillers. All of Clancy’s books have hit number one on the New York Times bestseller list. He lives in Maryland and owns an interest in the Baltimore Orioles.

Mark Greaney, the co-author of this particular novel, is the national bestselling author of The Gray Man series of books.  Greaney lives in Memphis, Tennessee.

If you have any questions about these Tom Clancy books, please leave a comment below. If you are interested in spy novels, espionage, and other investigation stories, see our list of private investigator books.

Private Investigator Books February 17, 2022 1
This article provides an overview of some of the most popular bodyguard books to help you learn personal and... 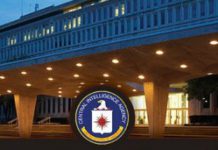 Private Investigator Books February 27, 2022 0
One of the many talents of a private investigator is interviewing witnesses and suspects to gather facts and information...

Private Investigator Books February 21, 2022 0
In this article, I'll provide a brief overview of surveillance and list some of the most popular surveillance books.... 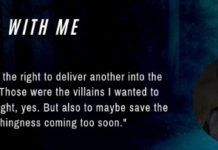 Chase Darkness With Me – Review of the Audiobook

Private Investigator Books March 15, 2022 0
How One True Crime Writer Started Solving Murders Whether you're a private investigator, a citizen detective, or a true crime...